Dating When You Are Middle Age: the Dos and Don’ts 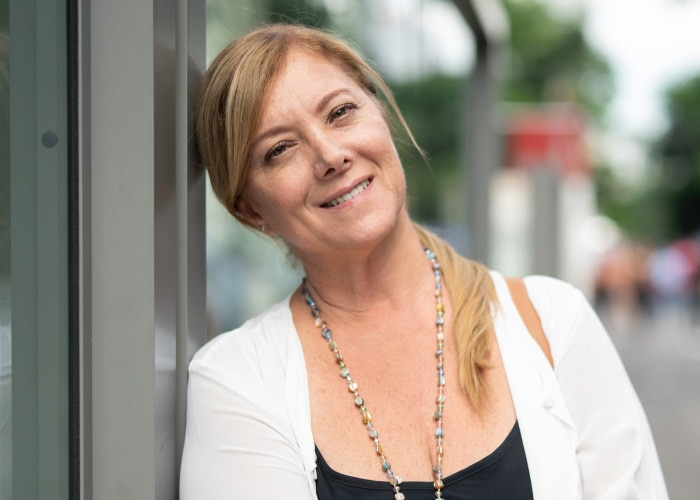 When you are middle age, and you start dating, you have to face the same challenges as younger people: where do I meet other singles? How can I pick the right partner? On which criteria should I base my choice? Once I found someone I like, how should I approach this person? How can I make the conversation interesting and seduce the person I like? How should I close the deal? All these questions are still the same regardless of your age, but the situation is different. Indeed, the dating scene has changed over the years. The singles you are seeking are not the same age anymore, so they don’t have the same mentality as they used to, and you may not have the same expectations as before. So, in order to be successful at dating, you must take all these changes into account and adapt your behavior.

Dating a Middle-Aged Man Can Be Fun

Of course, when you choose a partner, his personality will be what matter the most. More so than his age. However, we could attribute a few characteristics to older man that will have an influence on your dating experience. First of all, a man who is middle age will bring you a more financially stable situation. Indeed, older man have been working for years, they already had the time to build a career and a reputation so they usually reached a stable situation regarding their finances. They had the opportunity to save enough money to go on trips, buy houses, cars,. So in a way, you can have a more pleasant and relaxed relationship because you don’t have to worry about money and all the limitations that a lack of money can bring. Also, since they have been working for several years, they had the time to build real skills and to accumulate a lot of knowledge regarding their job, and they might be more fulfilled regarding their professional life. They had the time to experience different things and to find their path, so they are now in a stage of their life where they know what they are good at, they know where they have to make improvements, and they know where they want to go. And this does not apply only to their professional life, it is also true for their life in general: they found a meaning to their existence and used their experiences and failure to learn how to navigate through life. Consequently, if you are looking for a stable situation, whether it is financially or spiritually, dating an older man can be the best option for you. Also, the older man is generally simply more mature. So if you want to have a relationship with less childish arguments, with less selfish and narcissist behaviors and with fewer insecurities problems from your partner, dating a middle-aged man can be a good idea. Also, since they are in a state where they had the time to realize the importance of having someone in their life, they will be more prone to give their 100% to the relationship. Indeed, after having known a lot of different women, a man can have the desire to stop fooling around and start building a serious, meaningful, solid, and long term relationship. This will not be the case with the youngest man who just wants to eat life as much as they can and as quick as they can. The last reason why many women are seeking older men to have a relationship is that they feel there is less risk of being cheated on. Not only because they have a fewer opportunities to meet other women, and to be as attractive as they used to, but also because they are now in a point in their life where they want to settle down.

You have met someone you like, and you started flirting with him, but you are afraid he will lose his interest? Here are a few tips in order to be good not only at getting man but also at keeping them.

Well, the first thing you should do is to find out what is his “love language”. How does he like affection and love to be expressed to him? Does he like when you cook for him because it is a sign that you care about his wellbeing and his health? Alternatively, does he prefer you to express verbally your affection and admiration regularly? Is it important for him that you have a lot of quality time with him? Does he especially appreciate when you make small gifts for him? Does he want you to express your affection physically (hug him and kiss him constantly)? Once you found out what he prefers, you now have the most effective and powerful way to express your love and affection to him! This will be easier for you to make him happy and you will stop wasting your time with useless efforts. Indeed, if he is not into romanticism at all, why bother writing him poems and buying him flowers? Another element that is really important in order to keep a man is to give him space. Because even if a man loves you, it does not mean that he does not need to have time alone simply to enjoy a bit of loneliness from time to times. Also, if he has different hobbies, if he likes to spend time with his friends, you should let him do all these things without ever giving him reproach such has “you could have spent time with me rather than doing this or that”. There is nothing more oppressing, scary and uncomfortable than feeling that all your time, space and attention should be always dedicated to one person only. So if you don’t want your man to feel like suffocating, just let him have some air and let him having as much space as he desires.

In other words, whether you are middle age or not, dating a middle age man could be a very interesting and fulfilling experience for you! It could bring you many different benefits, but if you want the relationship to work, don’t forget to follow the simple tricks that we gave you above!